The event, a first of its kind for Walmart, drew an exclusive group of high-tech brands, technologists and venture capitalists to debut the latest in VR.

LOS ANGELES — At a location nestled between mansions in Beverly Hills, CA, guests of the Store No. 8 INNOV8 v-commerce gala were ushered into a sleek black van with a plush L-shaped couch and a TV streaming a video of what was in store at the end of the ride.

Attendees were met with a row of golf carts, which drove them down a winding path surrounded by palm trees, ambient music and smoke machines.

Women in long dresses and men in suits made their way down a stone path to Wednesday’s main event — a virtual reality showcase hosted on the tennis court of The Sheats Goldstein Residence, an iconic Los Angeles property owned by real estate mogul James F. Goldstein, known for his flamboyant attire (which did not disappoint).

It was a far cry from Bentonville, AR with waiters passing out cheese stick lollipops and button-sized quinoa quesadillas.

The event, the first of its kind for one of the youngest companies under the big-box retailer’s umbrella, drew an exclusive group of high-tech brands, technologists and venture capitalists to showcase the latest in VR.

Back in July, the startup incubator unit led by Store No. 8 principal Katie Finnegan, put out an open call for companies in the VR space to pitch their best ideas for virtual reality that could transform the world of commerce. After sifting through 200 applications, 30% of which were international, a panel of judges including Finnegan, Walmart’s head of e-commerce Marc Lore, Thrive Global’s Arianna Huffington and Accenture’s Marc Carrel-Billiard, among others, selected five companies to incubate for a period of eight to 12 weeks. 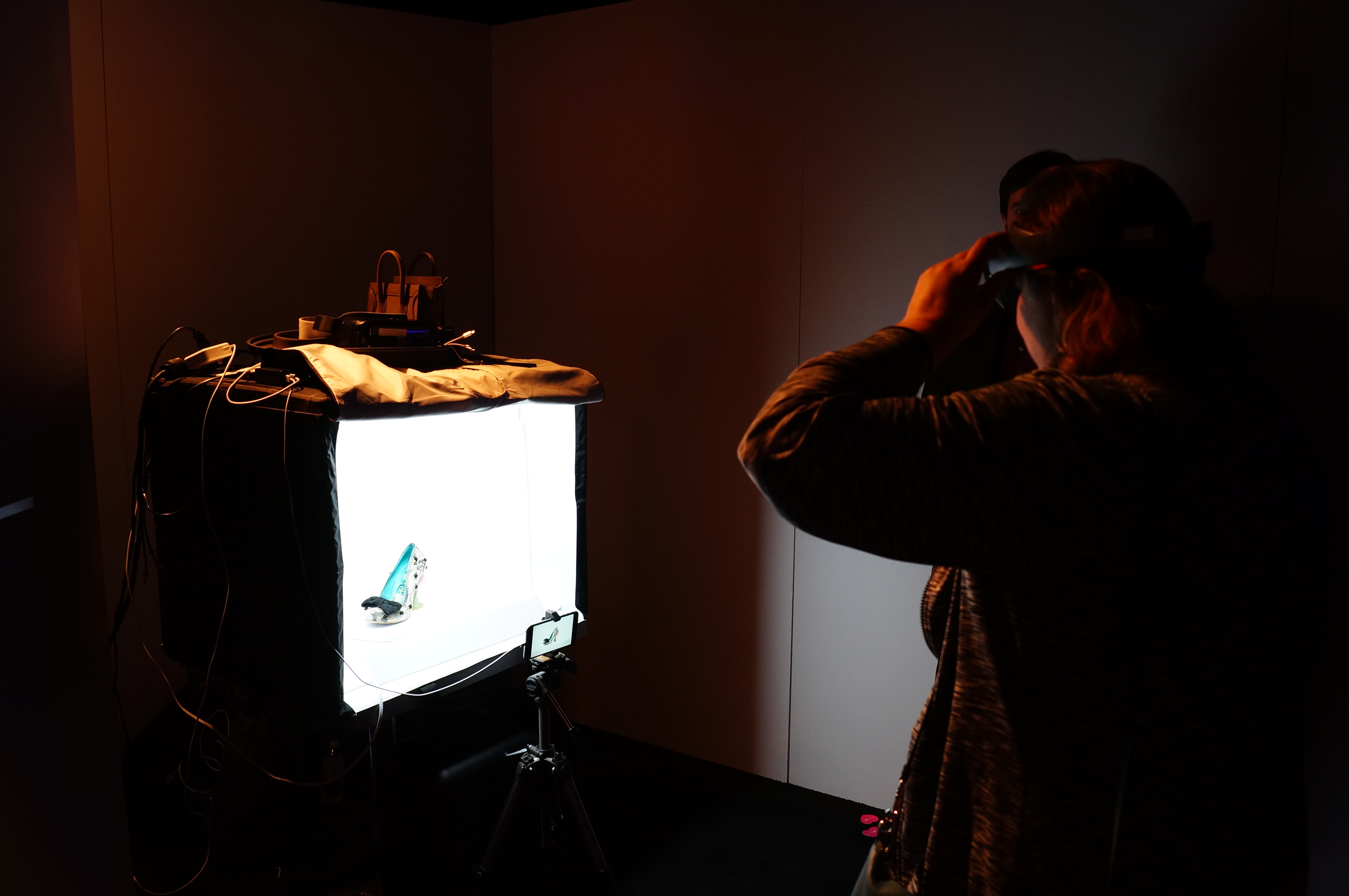 For winning the contest, companies received funding to develop a proof of concept for an immersive retail experience and they were guided by executives from Store No. 8 and brands like Modcloth, Bonobos and Rebecca Minkoff.

Use cases varied greatly from headsets featuring Fyusion’s curation of 3D image processing of Modcloth products to Obsess’ CGI recreation of a Rebecca Minkoff store. Everything from the products to the plants were realistic, Neha Singh, founder and CEO of Obsess told Retail Dive.

"What we’re trying to show here is that shopping in the future will be a combination of some elements of what physical stores have today, like visual merchandising and curated pieces, but then they have all of these other things that are not possible in physical stores," she said.

The future of VR and mixed reality will soon become incredibly important not only to retail, but to everyday life, Keith Martin, VP and head of business development and marketing at Fyusion, told Retail Dive, adding that he thinks it’s silly consumers carry around metal rectangles in their pockets. In the future, he said, everyone will wear AR-enabled glasses and retailers will be able to develop experiential store windows to draw shoppers in.

While exciting, consumers shouldn’t expect to see these experiences deployed in stores quite so soon. Store No. 8 thinks about technologies in three, five, seven and even 10 year increments, and there are certainly issues to work out before mass adoption is here. "VR is still a clunky experience from a user perspective," Finnegan told Retail Dive. "There's a lot of wire, the field of view is still not really great. Sometimes there is a slight delay which causes some people to describe this as a seasick feeling, but it's going away drastically."

Store No. 8, through these companies, is still very much in the learning phase when it comes to VR. Experiences may start to crop up in specialty shops in the next 18 to 24 months, but Finnegan adds that real adoption is still likely still three to five years away.

So does this mean Walmart is going all in on VR? Not necessarily. "What we're spending a lot of time on is figuring out where we are different in VR plus robotics plus with everything," Finnegan said. "[We’re figuring out] where technologies are in the hype cycle and then we come up with a thesis on where we should be playing. And that doesn't always mean we need to be building in everything."

From a hardware perspective, Finnegan said they’re agnostic. The focus is on content. "You need to have the content for customers who want it," Finnegan said. "Because people believe in the power of what it can do, it makes sense for us to start developing the content so that at some point we meet in the middle down the road."

Over the last six months during the company’s proof of concept phase, Store No. 8 also developed two VR experiences of its own, which also hosted demos at the event. One, developed with mobile app development studio Fishermen labs, takes users deep into the ocean to explore and learn about various types of fish. Using the headset, a consumer can wave fish over and check out what kind of equipment they would need to catch that fish. In another scenario, a user is dropped underneath the Northern Lights in Alaska to practice tossing out a line and reeling in fish. Once placed on board the virtual boat, a user can even check the size of a cooler, to see how many fish will fit, and purchase items. 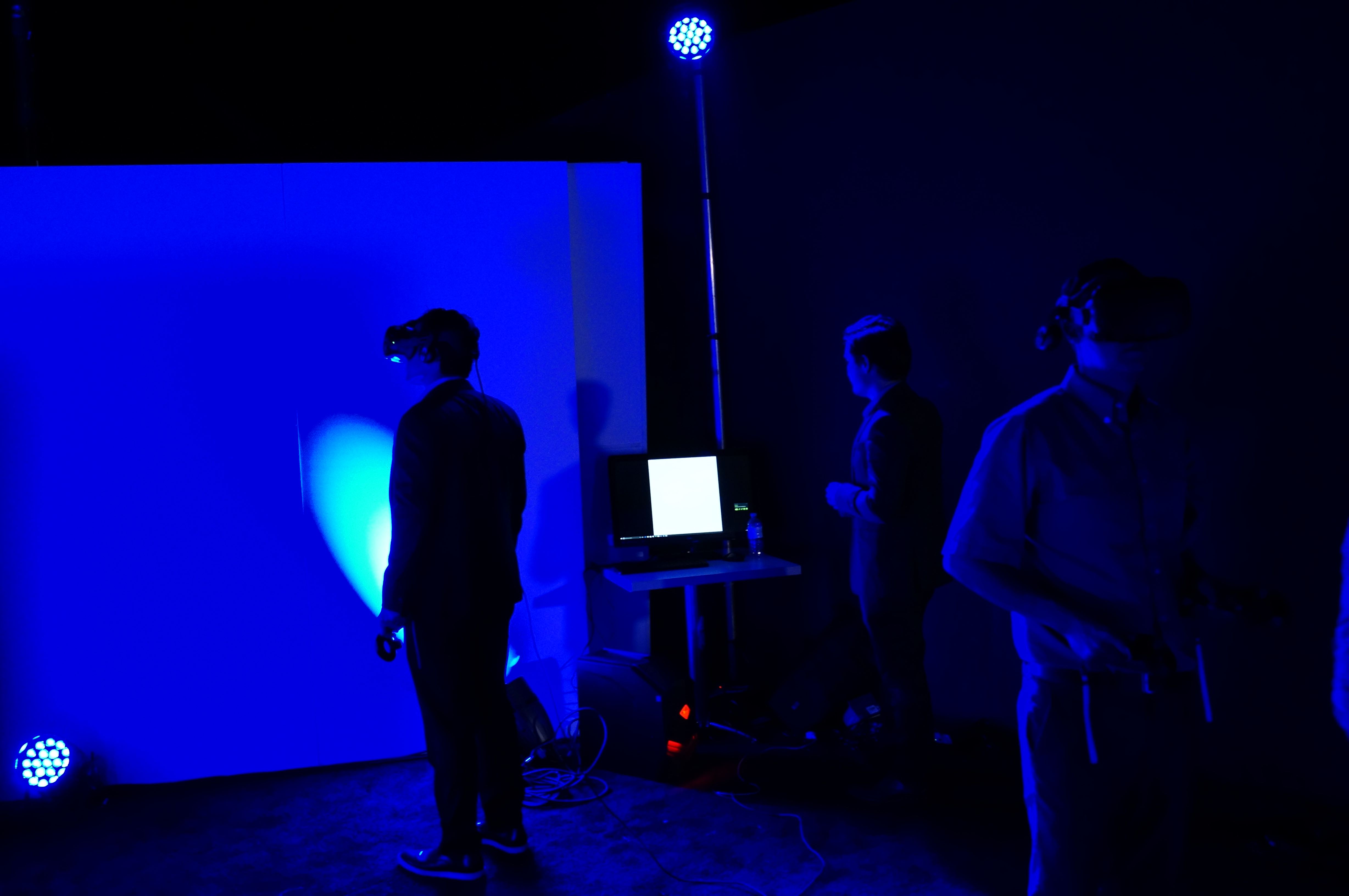 The idea is that novice fishermen can learn and try out expensive products in the context of where they would be used — hence the buzzword for retail VR "contextual commerce."

"There are certain categories where viewing that item in the context of when you're going to use it is a transformational experience from what is currently available today," Finnegan said.

The short term goal of the event was to open up the VR community and retailers to a number of use cases for the technology. But the long term goal, Finnegan said, is to eventually develop a self contained company that would live under the Store No. 8 umbrella, similar to how Rent the Runway co-founder Jennifer Fleiss’ Code 8 is structured. (Fleiss stepped down from Rent the Runway in March and was tapped to head this program the following month.)

A virtual reality company certainly won’t be the only unit within Store No. 8. Finnegan said there are roughly four to six such projects in various stages of development, varying from robotics to grocery delivery.

"All shopping isn't considered a chore, and I think sometimes from my perspective it's a one size fits all response to what's going to happen," Finnegan said. "What excites me is the ability to really enhance things that need to be enhanced, so customers can spend time where they want, and then to streamline and remove friction in things that have way too much friction in them."