Walmart Inc. already sells more food than anyone else. Now it wants to put those groceries right in your fridge.

Beginning this fall, about 1 million people in Pittsburgh, Kansas City, and Vero Beach, Florida, will be able to get cereal and celery while away from home. Walmart staffers -- sporting wearable cameras -- will arrive in company-owned cars and unpack the food in customers’ kitchens.

“Once we learned how to do pickup well, we knew it would unlock the ability to deliver,” Chief Executive Officer Doug McMillon said in a statement. “What if we not only cover the last mile to customers’ homes, but even the last few steps?”

The service, dubbed Walmart InHome, will be led by Bart Stein, who joined the retailer last year and had been working inside the company’s Store No. 8 incubator on a project code-named “Franklin.” The effort follows a small pilot program Walmart conducted two years ago in California with smart-home provider August Home, which used workers from startup Deliv to handle the in-home deliveries.

Fees and other details of the new service, like what smart-home hardware would be required, weren’t disclosed. Walmart currently charges as much as $9.95 for home delivery, which it offers in more than 100 metro areas, with another 200 coming on board this year.

Employees who deliver the food could be paid a premium, but the approach shouldn’t cost Walmart much more than existing fulfillment methods, U.S. e-commerce CEO Marc Lore said Thursday.

One thing Lore and Stein were clear about was that their delivery staff won’t enter any home without the customers’ real-time consent, transmitted through its shopping app. Customers can then watch the delivery happen remotely through the employee’s wearable camera, and can also choose to get food delivered to their garage rather than the kitchen. 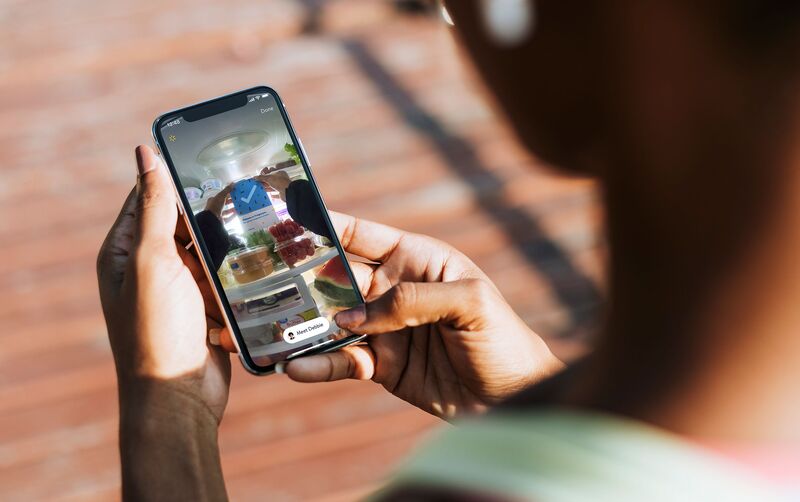 “The camera will have to be streaming before access is granted,” Stein said. “In our pilot testing, we were concerned about trust. But one delivery can turn someone from a skeptic into a believer.”

Customers can also leave unwanted items that they want to return to Walmart for the driver, who will bring them back to the store.

The new service, which was tested in Lore’s home state of New Jersey, will keep a lid on expenses by bundling deliveries and not spending much time in each home, Lore said.

“From a cost perspective, it’s not all that different,” Lore said at a media event in Walmart’s hometown of Bentonville, Arkansas.

Separately, Walmart said Thursday it would work with a Palo Alto, California-based technology startup called Gatik to test autonomous deliveries this summer in Arkansas. Earlier this year, the state legislature there passed a bill -- backed by Walmart -- to allow self-driving cars on state highways.

At a store in Rogers, Arkansas, Gatik displayed three autonomous delivery vans: two Ford Transit Connect small vans and a full-size Ford Transit van. Its delivery service for Walmart will be based on a “hub and spoke” system, where Gatik’s vehicles will transport packages from a large warehouse to a smaller pickup spot closer to customers.

The vehicles will travel on fixed routes and won’t be outfitted with a human safety driver, Gatik CEO Gautam Narang said in an interview.